When my son easily identified and associated the letter M with McDonalds, I figured the ABCs of today could well evolve around the current in-things so as to encourage and assist kids to learn faster and better.

No longer are kids excited to read A is for Apple, B is for Ball, etc. (Okay…Apple could still survive, but in reality, we need to move with the changes…) In a new series of blogs starting from today, I will try to explore and share what I think would be new and current ABCs… 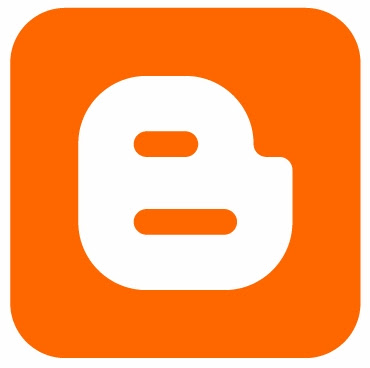 Everyone remembers those cute lil roundish biscuits with a twisty bit of sugary icing on top? Mmmmmm… Look how miserable it is now? Sigh…I guess this is a sign that we are eventually going to feel the increased prices of sugar…:-p

A recent exercise by our Malaysian Road Transport Department has uncovered much dirt from current operating bus companies and its drivers. An extract of the report I read from Yahoo! News of the stats from this operation shows..

To date 177 summonses have been issued for various offences after the officers took rides on 348 buses.

They include overtaking along double lines, beating traffic lights, driving on emergency lanes, not adhering to traffic signages, jumping queues and continuously driving on fast lanes.

Some 41 drivers were issued compounds for using a mobile phone while driving, which carries a maximum fine of RM300 (US$ 98).

There were 39 violations of permit conditions, such as not plying the approved route. Under Section 19 of the Road Transport Act, the penalty for such a violation is between RM1,000 and RM10,000.

Another 14 summonses were issued due to irresponsible behaviour of drivers which include smoking while driving. A maximum fine of RM300 can be issued for the offence.

The 61(1) and PG1 notices require companies to send their buses for technical checks and a 114 notice requires the driver to be present at an inquiry.

“In one case the bus driver did not even have a driving licence,” Transport Minister Datuk Seri Kong Cho Ha said.

Now, whilst I sincerely applaud the efforts to catch these culprits and impose maximum fines on them (though I think the fines should be more severe IMHO), could I also request for more transparency in that the PUBLIC deserves the right to know not only about these successful covert operations, but also the FULL LIST of bus companies these offenders are from, so that we as the users will STAY CLEAR or even BOYCOTT these bus companies altogether!

In my opinion, that would be a sterner and effective fine! рџЂ

Here’s a photo blog update for those of you who have been tutti-fruttily following the developments of the stuff growing in my garden….

Sometimes I feel like all those 1Malaysia-influenced slogans and catch phrases have been over exaggerated. I slipped off my chair in laughter when I saw this poster on TV…

Now, I may not be very good in mathematics, but I think I know the difference between numbers and 999 is definitely 3 nombor, and not 1 nombor, no? LOL

A recent article came out in Malaysian Insider where our PM mentioned that theВ Internet must be вЂњgovernableвЂќ…..

His comments are expected to renew fears that the government may still renege on its pledge to not censor the Internet as part of the Multimedia Super Corridor (MSC), after it was reported that the Information Ministry had previously evaluated the possibility of a blocking out вЂњundesirable websitesвЂќ.

Political foes had then attacked the proposal as an attempt by the ruling Barisan Nasional (BN) government to quash online political dissent.

Following public outcry, the Cabinet later abandoned the proposal, which was subsequently described as only a feasibility study.

Today, the prime minister stressed that cyberspace must be managed to protect Asian society from exposure to вЂњnegative influences.вЂќ

He said that governments must formulate a code of ethics for Internet use to ensure that is remains вЂњgovernableвЂќ.

вЂњIndecency and anarchy can seep in into any environment that is not anchored on any cultural roots and our values.

вЂњOur culture and our heritage are what make us unique and it is important that we educate our peoples never to abandon what makes them uniquely Asian,вЂќ he said during his keynote address at the tenth Asean Telecommunications and Information Technology Ministers Meeting.

He said that that Asian values must not be compromised in the name of development.

вЂњOur children and future generations of Asean should retain their Asian cultural values and they must be protected from the threats on the Internet,вЂќ he said.

He added that the public must be educated on how to use the Internet in a responsible manner.

Aside from the controversial Net filter вЂ” said to be in the vein of the вЂњGreat Firewall of ChinaвЂќ вЂ” the ruling administration has also called for a registry of bloggers, many of whom are said to be anti-establishment.

What are my thoughts? Well, firstly, when the time comes for the Internet to be ‘governable’, it shall be a very sad day indeed. Negative influences can come from many mediums and I don’t think we should put the entire blame on cyberspace and technology. After all, I believe much good, actually MORE good has come out from cyberspace than bad.

Just look at how far Malaysians have come to embrace the Internet. I was personally shocked when they surveyed that Malaysians had the highest number of friends in FB on average in the world! And it is (yes!) Malaysians too who tend to spend more time on social networking sites!

While I agree that negative influences are in abundance out there and must be reviewed and controlled to some extent, PM’s speech somehow projects the image of Internet as a threat and danger. Sigh. I believe if our current Govt continues to have this narrow mindsight of technology, then Malaysia will sadly never move forward at all.

For an important speech that was presented at the Asean Telecommunications and Information Technology Ministers Meeting, it sure gave a gloomy outlook for our younger generation…

Woo hoo! Messi has won the Fifa Ballon D’or 2010 for the second year in a row! And what made this year’s achievement more significant was that is was a World Cup year and Argentina didn’t do too well in it at all. So all the signs were pointing to either a Xavi or an Iniesta win.

Anyway, based on his European exploits and the way he had been driving Barcelona in 2010, there would be little to deny Messi from claiming this top prize. Congrats again and hope this will spur Messi on to inspire Argentina to Copa America glory later this year!

Here are the list of Messi’s achievements in 2010..(extracted from Goal.com’s article yesterday)

Ballon d’Or Last Year: Won the award for the first time with 473 points, over double that of second-placed Cristiano Ronaldo.

FIFA Award Last Year: First place with 1073 points, a record total for any player and over three times the total of second-placed Cristiano Ronaldo on 352.

2010 Story: In La Liga, Messi has spent the last twelve months scoring a goal a game, and setting up a goodly amount, too: in the 5-0 rout at the Clasico he showed that even when he’s not hitting the net he’s helping others to do so. At 23 his natural genius is becoming more tempered by maturity, and the results are there for all to see. Certainly the most exciting of goalscorers…

Defining moment of 2010: Scoring all four as the Blaugrana battered Arsenal 4-1 on April 6

Feeling a little poetic today, and since Kenny Dalgish has recently took over as helm at Liverpool, here are a series of limericks to welcome him…hehehe…:-p
King Kenny came back to town
Trying to turn things around
But he forgot to check the calendar
Where Man U was the next challenger
In the FA Cup’s third round…

Barely two minutes into the game
Webb gave in to Berbatov’s penalty claim
Giggs stepped up calmly
And scored oh so easily
Keeping Kenny feeling quite the same!

Captain Marvel rushed in with two legs flying
Webb rushed in with a red card flashing
No more creativity in midfield
And it’s definitely not Anfield
Kenny’s dream of a first game win simply went crashing!

Man U preferred to defend their lead after that
Liverpool as usual offered no real threat
A match so dull
It was more of a lull
except to see Man U through, and that’s a fact! 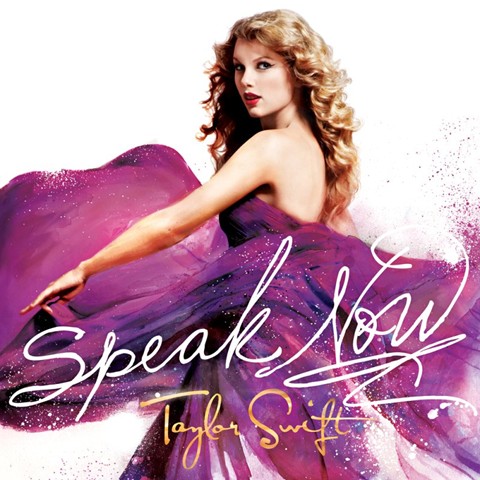 Much anticipation was in the air before the album Speak Now was released. How would Taylor Swift follow-up or even measure up to the unbelievable success of her Fearless album? In short, pretty darn good, actually.

There have been many critics who say she can’t really sing. In a way, that has some truth to it. I’ve seen some of her stage performances and she didn’t sound very good. However, she can still carry a tune and besides, when you listen to Taylor Swift, you’d really want to listen to the words of her music. Time and time again, she has proven that she can write really good music – mature, thought-provoking, and most importantly, fun! She has somehow discovered the correct formula for songs that can connect with the people and subsequently become a hit.

Take a look at some of the lyrics that this talented singer/songwriter can some up with in Speak Now (lyrics extracted from Lyricsmode.com:

You, with your voice like nails on a chalkboard/Calling me out when IвЂ™m wounded/You picking on the weaker man (Mean)

You are an expert at “sorry”/And keeping lines blurry/Never impressed by me acing your tests/All the girls that you’ve run dry have tired, lifeless eyes/Cause you burned them out/But I took your matches before fire could catch me/So don’t look now/I’m shining like fireworks over your sad empty town…(Dear John)

Wasn’t it easy in your firefly catching days/Everything out of reach, someone bigger brought down to you/Wasn’t it beautiful running wild till you fell asleep/Before the monsters caught up to you (Innocent)

So, is Speak Now better than Fearless? Personally, I felt Fearless was a better album. It had more hit-potential songs and was sweetly pleasing overall. But Speak Now has Swift all grown up (ok, maybe a bit..) and has its strengths too. The tone and theme of her songs has somewhat matured from Fearless and that is a good thing! The songs in Speak Now has an independent, confident ring to it which should carry it well to the top of the album charts.

She also has this knack of writing songs about people who have crossed her life, and it is very, very evident in Speak Now. Almost all of the songs were written about guys who have impacted her life, in good and bad ways too. Like Dear John which is like a blunt reference to her sad fling with John Mayer; or Back To December is an apology to Taylor Lautner; and who could forget Kanye West’s infamousВ interruption? Well, Innocent was written specially for him…

I felt like the only songs that suited her age were the title track, Speak Now, Mean and Mine. Look out for the brief giggle in the middle of Speak Now. Shows that she’s still young and having fun! But, surprisingly, the stronger numbers on this album IMHO would be her more matured songs like Dear John and Never Grow Up. HerВ versatility is really evident in the mix of songs she can write and deliver and to me, that is one plus point over most artistes in the market today.

My only complaint would be that her songs may seem overly personal at times. And since the songs were written for specific persons in Swift’s life, how would anyone else relate to those songs is another story. Perhaps if she could write more generic songs in the future? рџЂ

Standout Tracks: Back To December, Dear John, Never Grow Up