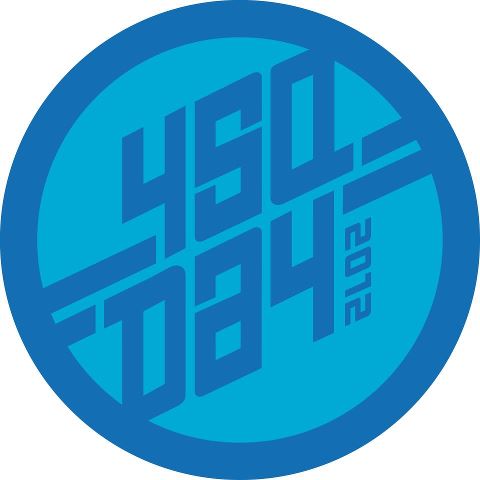 On 11 Jan 2011, I started a journey on this location-based app called Foursquare. I have to admit it was really addictive back then as seen in one of my earlier blogs then. I would crazily check in virtually anywhere that could be checked in, including multiple playgrounds, parks, toilets, parking lots, highways, traffic lights, etc. just so to collect virtual badges and brag about numerous mayorships all over.

Sadly, as the months flew by, my addiction to checking in started to wane more and more too. I would only check into places of specific interest or to mark some important milestone, or perhaps to collect some badge which I still don’t have.

So, it was rather В a surprise that on 16 April 2012 (affectionately called Foursquare Day), I actually managed to collect my 50th Foursquare badge, by virtue of just checking in somewhere, anywhere on that day itself!

Where do I foursquare from here? How can Foursquare entice me to become addicted once more? Hmmmm.. I’m thinking how about…

– having more local partner shops to offer discounts upon checkin?

I have to admit….the only thing I kinda dislike about The Avengers so far is the official theater poster. I’m sure all of you would have seen it too. Yup, that bland, customary group pose with action scene as background…just doesn’t quite cut it for me.

Anyway, in my final blog this week to commemorate the release of the Avengers TODAY , I have decided to share some of the more better looking unofficial fan-art posters I could find.

Better than the original? Check them out yourself! 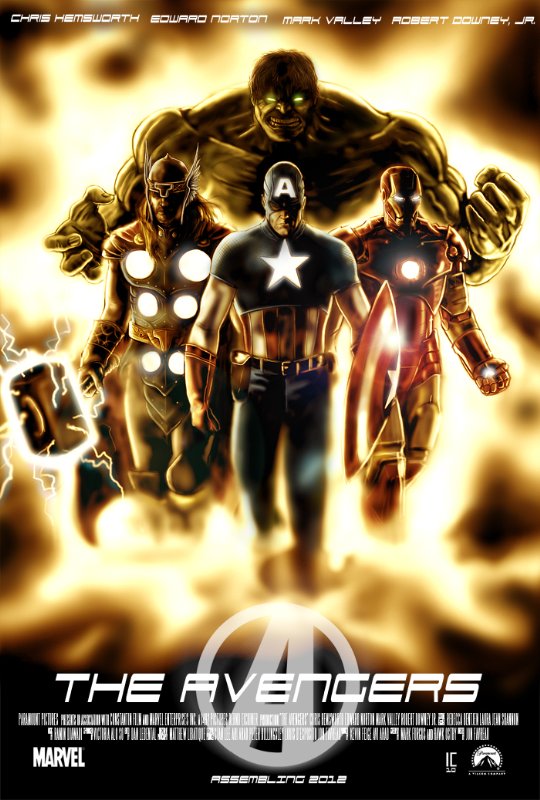 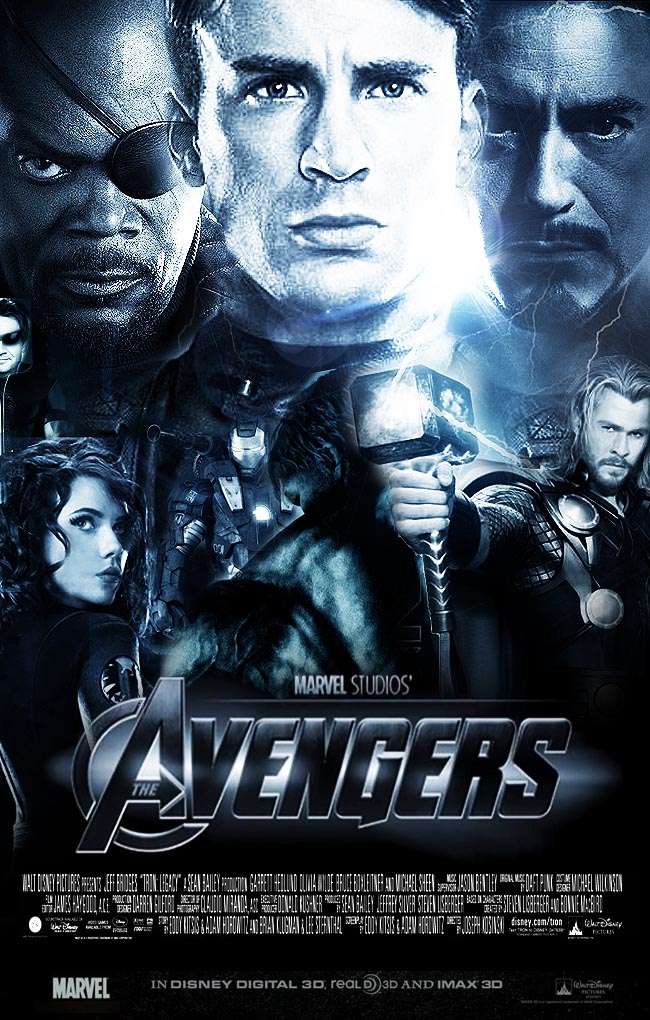 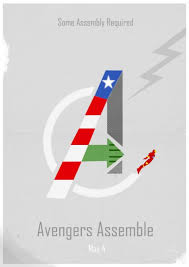 Which one is ya favourite?

In my continuing blog to commemorate the release of The Avengers this week, I would like to pay tribute to Joss Whedon’s exceptional skills to writing sharp, witty and charming dialogues.

Trust me, we will get to hear plenty of them throughout the movie. Fortunately for us fans who have been drowned with plenty of trailers and teasers and TV spots leading up to the movie release, we were able to catch an audio glimpse and enjoy snippets of the colourful dialogue from the movie.

Here are some of my favourites…(source: Rotten Tomatoes)

Loki:В Ooh, it burns you to have come so close, to have the Tesseract, to have power, unlimited power. And for what? A warm light for all of mankind to share? And then to be reminded of what real power is…

Nick Fury:В Well let me know if real power wants a magazine or something.

Tony Stark:В Doctor Banner, your work is unparalleled. And I’m a huge fan of the way you lose control and turn into an enormous green rage monster.

Loki:В I have an army

Tony Stark:В We have a Hulk!

Captain America:В Big man in a suit of armor. Take that away and what are you?

Loki:В How desperate are you that you’d call on such lost creatures to defend you?

Nick Fury:В You have made me very desperate.

Captain America:В Men who want to rule the world end up getting just six feet of it.

Tony Stark:В If we can’t protect the Earth, you can be damn sure we’ll AVENGE it!

Yup, folks…it IS The Avengers’ opening week, so I’m keeping up with my on-going blogs to spice up the momentum till the (possibly) BIGGEST movie of all time is released!

Today, I thought I would share an unofficial parody website about the Avengers that was created way back in 2010. They have managed to create some 15+ episodes with our favourite Earth’s Mightiest Superheroes tackling serious everyday problems like Unemployment, Pollution, Budget Deficits, Middle East Crisis, etc.

Heck, they even managed to get Stan Lee to star in one of their episodes! рџ›

I couldn’t stop laughing watching all the episodes in one sitting. Simply hilarious and a MUST-WATCH before watching the Avengers on the big screen. To whet your appetite, here’s two sample episodes from AvengersAssembleThe Series:

Ain’t it cool that The Avengers is opening a couple of days EARLIER than in the big ol’ US of A? Yeah!

Anyway, methinks the Marvel Factory have really done it this time – with regard to publicity (read: viral trailers, TV spots, online buzz, forums, etc.). With all previous Marvel movies over the past two years containing some from of teaser at the end of its credits that is indirectly promoting this movie, fans from all over have beenВ В salivating in anticipation of this possibly THE biggest movie EVER! I kid you not.

Wait, what? You have not heard of The Avengers?!

OK, lemme try to bring you up to speed with this trailer that has garnered gazillions of views since its released. Just imagine if everyone who watched the trailer were to buy ONE movie ticket, The Avengers could easily become the BIGGEST movie of all time!

Now, I’ve always been a big fan of Joss Whedon, the director of The Avengers. I totally loved what he did with the Sci-Fi western flick series, Firefly and also his incredible work in the Astonishing X-Men graphic novel. Although I wasn’t quite a follower of Buffy or Dollhouse, I am quite excited about the stuff he would bring in his directorship of The Avengers – great team chemistry, quick wit, charming characters, women empowerment and unpredictable twists.

With The Avengers opening in theatres later this week, these are my Top 5 things I am looking forward to be revealed from this blockbuster:

1. What is the Metal Dragon?

At the end of the trailer, the movie teased us with a glimpse of a gigantic metal looking dragon that seems to be ripped off the pages of Transformers. Since the release of the trailer, fans have been trying to guess the identity of the metal beast, narrowing it down to the possibilities of either the Midgard Serpent, the alien mother ship or even another character from marvel’s comic-lore – Fin Fang Foom!

Although I would personally love for it to be FFF, I think it is simply the alien ship that carries with the evil army that invades Earth..sigh. Anyway, we shall soon find out! 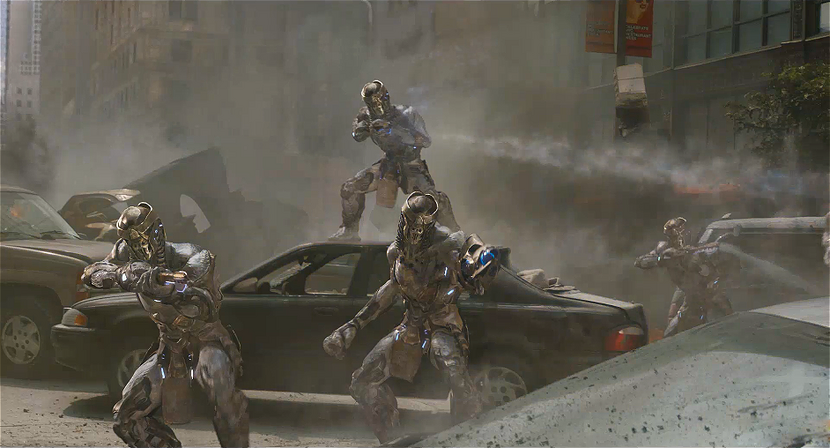 I have to applause Joss for keeping the identity of Loki’s army under wraps for months – during its pre-production, shooting, and even after the trailers were released!

The very fact that the identity remained unknown for so long initiated lengthy debates amongst the fans – from Kree to Skrulls to Frost Giants to Atlanteans, etc. heck, I was surprised The Smurfs wasn’t added to that list. рџ›

However, as the movie looms closer to it opening, the identity had actually been revealed to be (spoiler: highlight to see): The Chitauri

Although their ‘reveal’ technically takes them out from my list, I would still want to retain it here because it was so cleverly hidden from us fans. *applause here*

Comic fans would easily recognise SHIELD’s HeliCarrier as the signature flagship vehicle that is used by SHIELD for its operations, transport, etc. Although there were notably many versions or designs used in the comic books, the version that I saw in the trailer prompted me to ask this question:

Is the Helicarrier in the movie capable of going UNDER the sea as well? Cool! Can’t wait to find out!

4. Who Wins when Avengers Disassembles?!

All trailers and TV spots have suggested that throughout the movie, there will be some form of adjustment struggles, disunity and discontent amongst Earth’s Mightiest Heroes before they are finally erm, assembled for the climatic final battle.

Yup, it is no secret that Joss Whedon has the bravado and guts to kill off characters in his movies. Regardless if they were fictional characters or a cult Marvel superhero, Joss can and will do it. I am already preparing my heart in anticipation of this in the movie.

Only question is….which character or characters will bite the dust?

Are we all ready for the Avengers Already?!!

The race for the BPL crown seems to be going down right to the wire this season, especially with the Manchester derby this coming weekend poised to be the “title decider”. At the same time, one of THE most highly anticipated movies of this year (if not, of ALL time), ie. The Avengers looms upon Malaysia this coming weekend too…

Now, the more I see and think about it, the more I couldn’t help myself but to reflect on the manyВ parallels from the BPL race and The AvengersВ that would suggest that Manchester United are really like the Avengers who are mankind’s only hope against the Loki and his army, who seriously resembles our noisy neighbours, Manchester City! (Gasp!)

Don’t believe me, here’s some proof…

Proof #1: The famous rallying cry of Earth’s Mightiest Superheroes is “Avengers Assemble!” Now, when you think about it, the word ‘ASSEMBLE’ is strikinglyВ synonymous with ‘UNITED’, which means a gathering of parts or people, joined together for a single purpose, etc.

Proof #2: In the upcoming movie, The Avengers, the evil Loki will be seen donning a long corporate-styled trenchcoat and sinisterly accessorised with a neckscarf too!В If you are nowВ scratchingВ your head to think where have you seen someone that looks like this before…..ahhhh….look no further to Roberto Mancini – City’s manager who was theВ eerilyВ same sense of taste in fashion, hairstyle, stare and all…

Proof #3: In the movie, Loki does not take on the world on his own. He will apparently summon an evil army from another dimension to do his bidding. So what do these creatures look like? In brief, they look tall, scary, strong and most importantly, sports a blue-coloured skin. And what colour of jersey does Manchester City wear?… 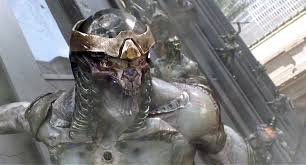 Proof #4: In the movie, Nick Fury is the character from SHIELD that is responsible for gathering all of Earth’s mightiest superheroes to defend against the threat of Loki. Now, do you think it is a coincidence that the name ‘ FURY’ is strikingly similar to Sir Alex Ferguson’s ‘HAIRDRYER TREATMENT’?…

Ever wondered how PATRIOTIC you are to your own country? Can you be considered worthy to be the flag bearer for your country, or are you soВ patheticallyВ distanced from your country’s roots that you don’t know anything about it?

Come, brave up and take The Patriotic Test below!

Test #1: Do you know your country’s FLAG? 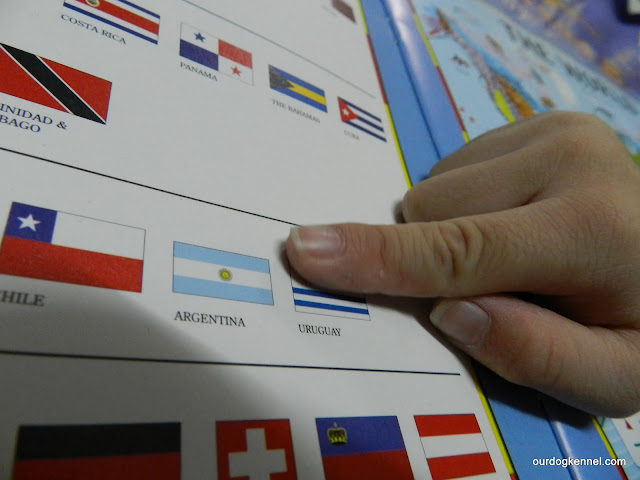 Test #2: Do you know your country’s National Anthem?

Test #3: Good that you know the anthem…but how about the WORDS?..

Test #4: Do you proudly display your affection for your country on your car/ride? Test#5: Do you fanatically support your country in sporting events? 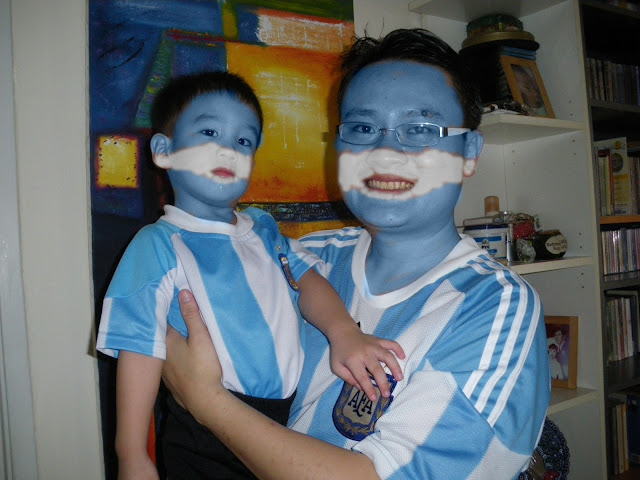 Test #6: Do you proudly wear underwear with your country’s flag/logo/insignia on it? If you scored 80 – 100 points: CONGRATS! You bleed your country’s colours. Now go give yourself a national salute in the mirror!

If you scored 60 – 80 points: NOT BAD! Now go drown yourself in your country’s national anthem till you feel ultra patriotic again!

If you scored below 60 points……BLEK!В You really do need to buck up and be more patriotic!В Quickly go make sure you sign up with your country’s Election Commission and exercise your RIGHTS! Election coming soon! рџЂ