Scratching me head thinking the milk is suitable for ALL except babies under 1 then? Confusing….:-p

Tagline: The Biography of Alex Ferguson

If anyone told me that I would be reading a BIOGRAPHY in my lifetime, I would have laughed myself silly! Somehow, I have always had this low regard for biographies – oft looking down on them as boring, dull books that heaps praises on themselves. Wait, perhaps those are autobiographies? Hmmmm. Anyway, when my sister gave me thisВ biographyВ of Sir Alex Ferguson (SAF) as a present some time ago, I had no choice but to read it…..and after reading my very first EVER biography, I have to say it isn’t quite half as bad as I had initially thought. рџ›

In fact, Football – Bloody Hell! was so good that I had some difficulty putting it down, hence finishing it quite fast, actually! I just didn’t have time to sit down and write a review of it, that’s all. My bad.

The biography starts off very nicely, tracing the humble beginnings of SAF as a striker when it began with Queen’s Park to St Johnstone to Dunfermline, Rangers, Falkirk and Ayr United. Always unable to secure first team football almost whereever he went, SAF started to realised that his actual talent may not be in playing but in tactics! It was revealed that SAF loved to discuss tactics and strategies after every football match!

So it wasn’t really surprising that somewhere along the way, he trained to become a coach and eventually started his career as manager in East Sterlingshire in 1974 , St Mirren in the same year, before eventually moving on to his prime tenure in Aberdeen from 1978 to 1986. It was during this time that SAF’s Aberdeen managed to challenge the Old Firm (Celtic & Rangers) consistently in the Scottish League. The biography also tells of his short stint in managing the Scotland national team in the 1986 World Cup before moving on to take charge of Manchester United.

His adventure in Manchester takes up a bigger portion of the book, where we are offered a overview, season by season of his struggles and successes there, right through the treble winning season of 1999 and eventually В to the UCL final of the 2010/11 season.

Off-field, much is shared about his family life, his relationship with his family members, other managers, etc. and also his troubled own business, horse-racing addiction, etc. I would say the biography is quite comprehensive and covers just about everything you like and need to know about SAF.

For a biography, I am glad to note that the writing isn’t all that dry. I could almost feel the pain during his troubled times and also revel in the successes during SAF’s better times. The writing is very easy to follow and can be humorous at times.

Of course, I did feel that the better part of the writing was all events from page 1 leading right up to the treble winning season of 1998/99. it was as if the writer paced his book to climax there. Because beyond that season, the writing started to feel a little rushed for me – as if just to keep the pages as updated to the current year as possible.

I have to admit, it was kinda exciting to finally read and understand a little bit more of the mind of perhaps one of the greatest football managers of all time. So, I thought it would be good for me to try to recall some of the things or gems I picked up from his biography:

– one of SAF’s principles is that we’ve got to have discipline to work hard in whatever we do.

– SAF was rather infamous on the field for rough tactics , elbowing opponents, etc. heck, he even owned a bar called The Elbows Room! Now I could see why he has a fondness and similarity of a certain Wayne Rooney..

– He picked up most of his mind games from the legendary Jock Stein. Here I learnt some techniques of putting pressure on your opponents…”The title is now for Newcastle to lose…”, etc.

– However good a manager that he is, SAF always seemed to do badly in horse-racing bets. Conclusion: Being a good football manager is different from a football predictor.

– I noticed many in his family – brother, sons, etc. also eventually entered the football industry – some even through his influence. Most of this did not end well. Moral: too many family members in the same industry is hazardous…

– SAF taught me to always celebrate your opponent’s successes, especially after being defeated by them. He never failed to produce a bottle of wine to the manager of the team who tops United in the BPL or beats them in the UCL. Great humility and exemplary.

– SAF was also very persistent in signing the player that he wants. He shows that as well as he could bark on the football pitch, he could also display the human touch in personally following up with the players he wants till they sign up fir the club.

– Family was very important to SAF.

– SAF is always able to learn something from the people he meets in his life.

I found that after reading SAF’s biography, I am now able to better appreciate the wonderful stuff he has done and is still doing for the Manchester United Football Club. And more than that, there were some lessons of life that I could learn as well, making this biography the BEST (and perhaps the only one) that I will ever read! 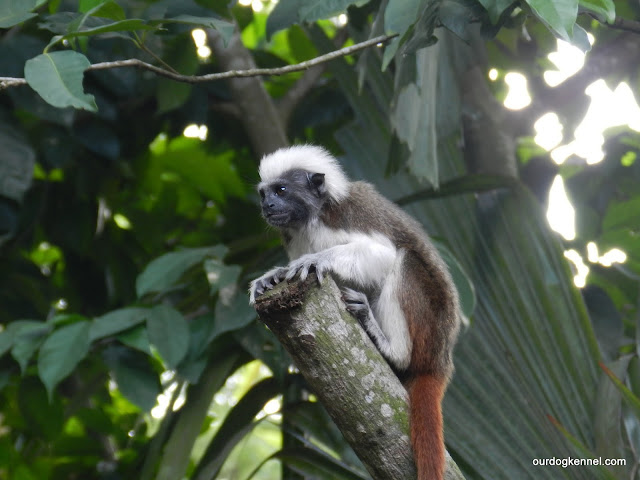 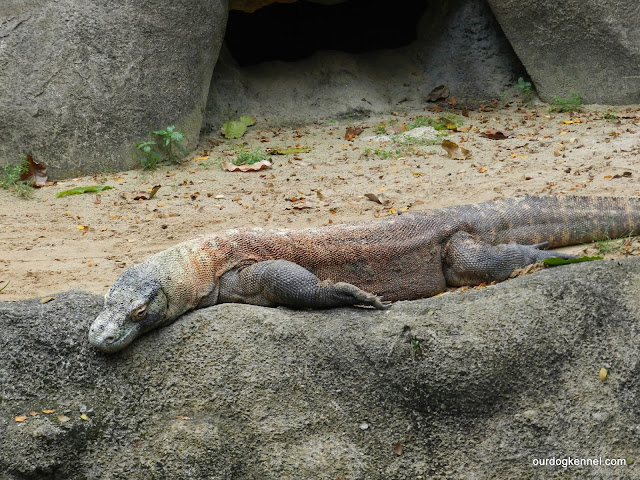 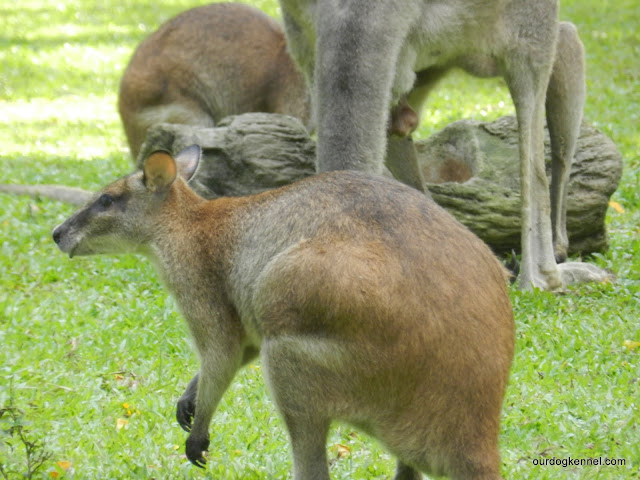 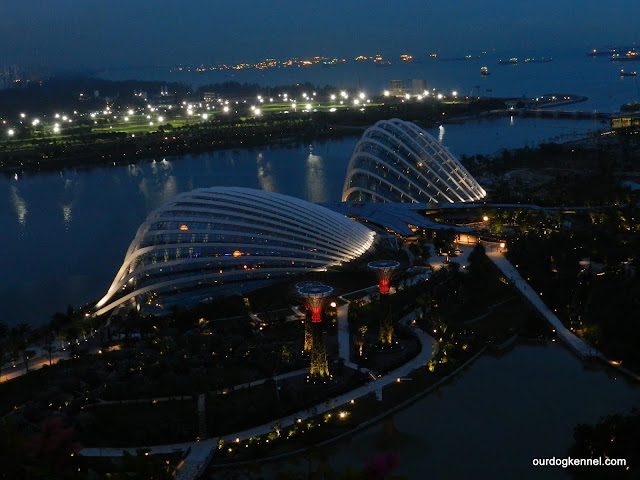 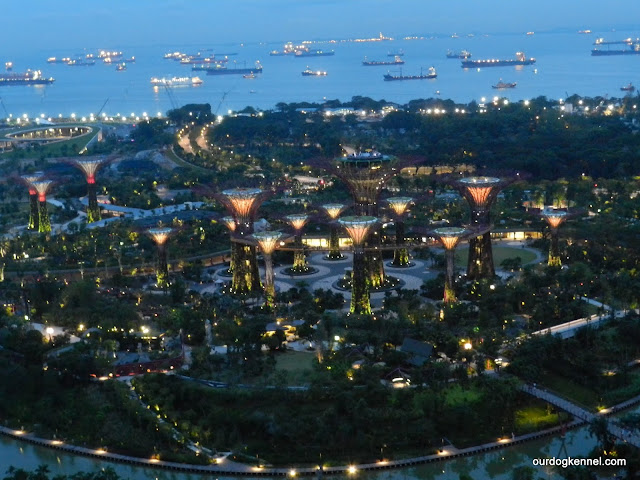 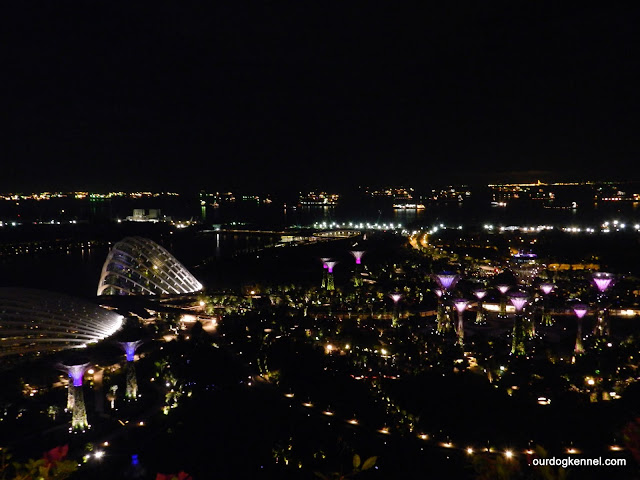 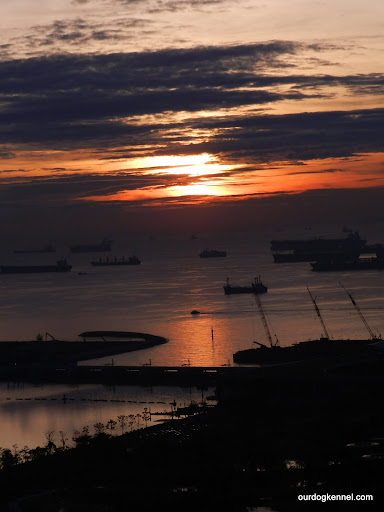 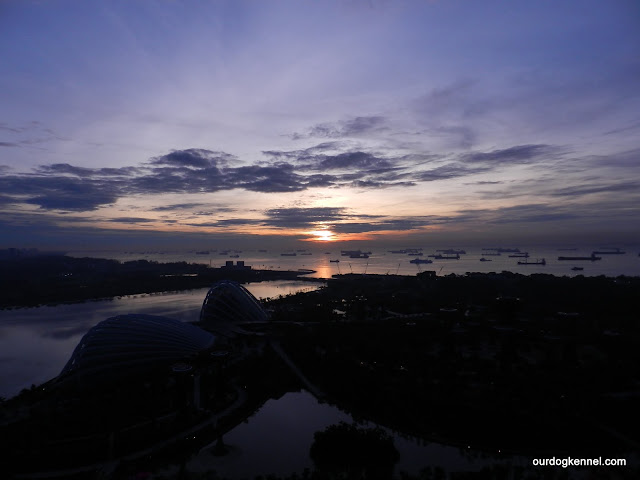 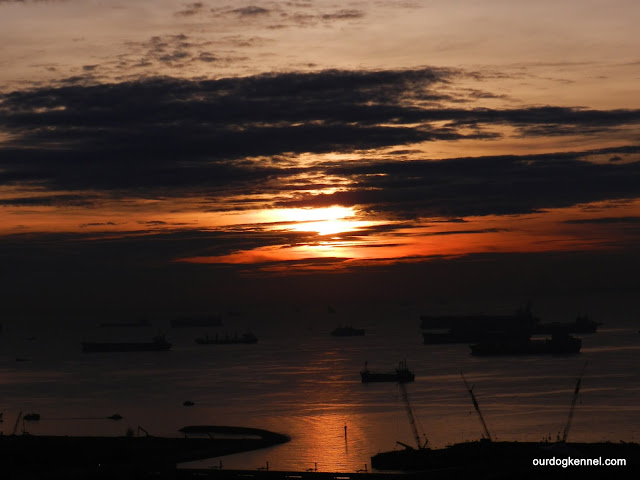 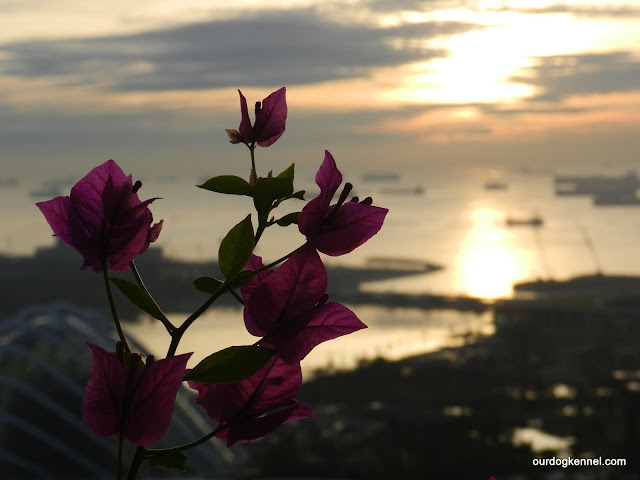 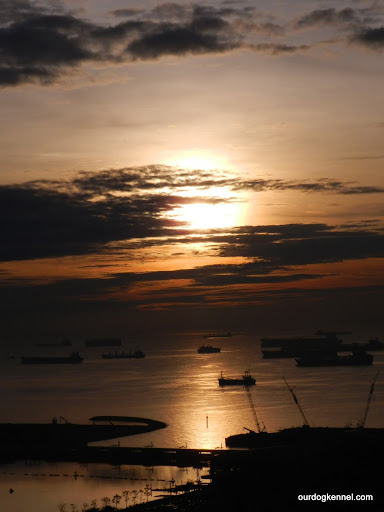 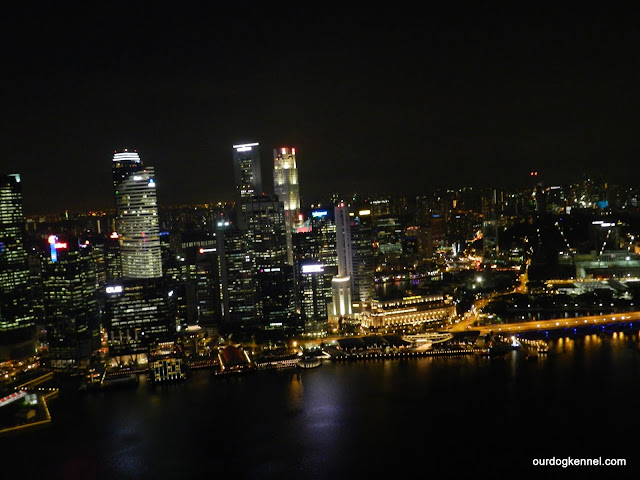 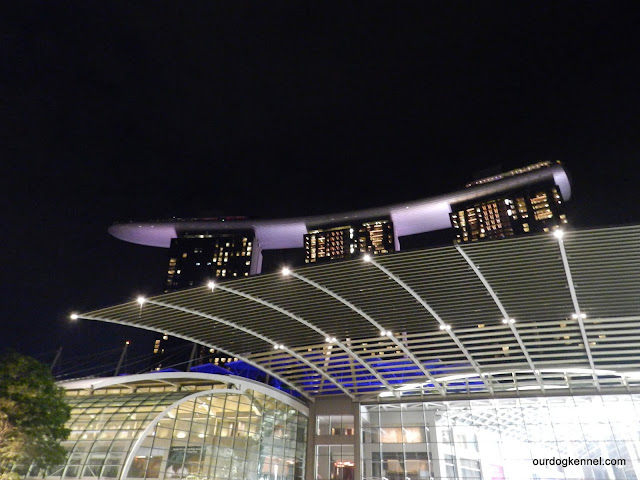 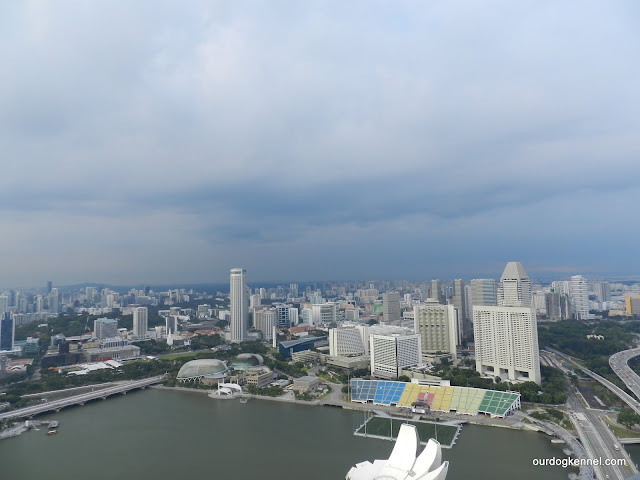 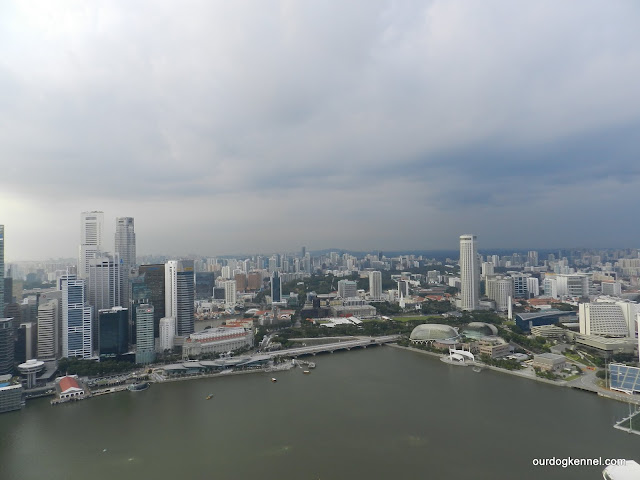 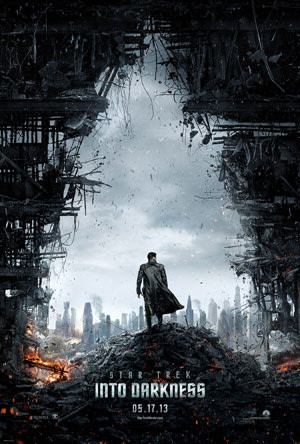 В Woo Hoo! The new Star Trek film – Into Darkness – is all and well into production and scheduled В to beam into all cinemas in May 2013! How excited are you?

For a Trekkie like myself, watching the franchise rebooted by JJ Abrams a couple of years ago was simply amazing. Abram’s Star Trek managed not only to breathe refreshing air into the adventures of the Enterprise, it also drew in new crowds of fans as well!

Even the brief synopsis of Into Darkness sounds engaging enough:

“When the crew of the Enterprise is called back home, they find an unstoppable force of terror from within their own organization has detonated the fleet and everything it stands for, leaving our world in a state of crisis.

With a personal score to settle, Captain Kirk leads a manhunt to a war-zone world to capture a one man weapon of mass destruction. As our heroes are propelled into an epic chess game of life and death, love will be challenged, friendships will be torn apart, and sacrifices must be made for the only family Kirk has left: his crew.” (Source: Paramount)

Now, with the launch of the official teaser trailer В (below), I am more than itching to watch it already! The teaser just oozes with enough thrills and mystery that kept me wanting to see more. Check it out..

Now, THAT’s what I call a TEASER!….and check out the Japanese version with some additional juicy bits at the end…

Here are my five key thoughts after watching the teaser trailer..

1. Who is the main villian – the one man weapon of mass destruction, featured jumping here and there with that HUGE cannon? Still the biggest mystery to date, many have suggested it to be Khan, but somehow I feel thatВ Benedict CumberbatchВ (of Sherlock fame) isn’t quite Indian nor Hispanic or exotic even to pull off a Khan. I mean…Khan can’t be British, right?! Besides, I seriously hope the villain is NOT Khan! In decoding the trailer and synopsis, it would seem that the villain is someone who has some uncanny power of destruction or knowledge of unknown origin. He is also someone who was with Starfleet and is now coming home..so, my best guess is the villian to either be Gary Mitchell, who weilds some psionic abilities that is close to God-like powersВ or Willard Decker, the oft-forgotten captain of the Enterprise from The Motion Picture who eventually joined V’ger as the next step of its evolution. Whoever it is, as long as it’s not KHAAAAAAAANNN…..:-D

2. Can the Enterprise function underwater? Whoa….

3. No starship dogfights in space ala Enterprise vs Reliant? Sigh. Lack of space scenes in the teaser is leaving me a little worried. рџ›

4. Spock! It is simply NOT logical to run around the city streets! Take a cab or something! Also, it is also not very logical to wear a spacesuit and go into a volcano! The suit is already making things hot enough! Sigh. guess Spock must be spending too much time with Kirk….:-P

5. A glimpse of a remade tragic sacrifice scene from Wrath of Khan at the end of the Japanese teaser? Knowing Abram’s penchant for surprises, there’s definitely going to be a twist here…as in Kirk saying goodbye instead of Spock, etc. But then again, wasn’t there a funeral scene in the teaser with Kirk giving an eulogy? Hmmmm…question remains…whose funeral?…

Whilst we are all still groping into darkness in search of the answers, I for one can’t wait for more light to be revealed as the opening day nears.. рџЂ

Yup. The World’s Biggest book sale is BACK! This year, the highly (and globally, probably) anticipated Big Bad Wolf Book Sale makes its presence at the Mines Convention Centre. With discounts ranging from 75 – 95% and over 3 million titles on offer, who could resist, right? :-p

It was a good thing we know the area quite well, so we promptly made our way to the Shopping Fair and parked in Level 1 there instead, where there was a link road directly to the MIECC. No jams and stress heading to the sale! – Better layout arrangement of books. Although I personally felt the MAEPS which was used in last year’s sale was a much bigger venue, the layout of books in MIECC felt more organised and easier to move around.

– With thousands of people coming to the sale, Malaysia as a book-reading nation continues to surprise me!

– The sales were so good that the inside toilets were actually quite empty!

– Having the kid’s playzone was a nice touch. Parents could actually leave their kids there and shop in peace!

– MIECC being next to Mines Shopping Fair meant that food wouldn’t be an issue…a huge positive improvement from last year’s venue.

– Another good move by the organisers was to set up another section of the Sale for those children books with pop-ups, toys, 3D glasses, etc. – all things that could easily be damaged by the ruthless book lovers. This way, all of the good stuff were protected. Two thumbs up!

– Another nice touch was the facility for the shoppers to leave their loot temporarily at a deposit area so that they could continue shopping. They also had this facility last time, but in MIECC, the counter included some awesome looking high rack shelves. More organised and efficient.

All in all, I went home TIRED, but very happy with my loot worth over RM600… 2. Alternatively, have some price specific lines, like a counter that only checks out RM5 items, etc.

4. OCBC’s credit card promotion should also start like 3 months prior to the sale. Personally, I still find it rather irritating for the sales person to be following me around whilst I’m scouring for books!